Exactly a century ago, in 1922, Annasaheb Khaparde, a poet based in Amravati, received an invitation to attend a meeting of poets in Pune. It was organized by the Maharashtra Sahitya Parishad, a literary organization established in 1906. Khaparde was deeply impressed by the event and its execution and even before his return to Amravati, the idea of ​​establishing a similar organization in the central province and Berar, as that region was then known, had germinated in his mind.
Back home, he shared his thoughts with many other literary actors like Wamanrao Joshi, Damodar Keshav Oak and Balkrishna Gadkari. They endorsed the idea and Vidarbha Sahitya Sangh (VSS) was founded on January 14, 1923, with Justice Keshavrao Koratkar as its first chairman. The aim was to provide a platform for CP & Berar Marathi writers, authors and poets.
For the next twenty five years VSS flourished in Amravati and had people like Bapuji Ane, N Banhatti, YK Deshpande, PY Deshpande, VB Kolte and MG Deshmukh at its head. In 1950, as the struggle for Sanyukt (united) Maharashtra raged across the state, it was decided that the presidency should be offered to GT Madkholkar, editor of a Marathi daily ‘Tarun Bharat’, who was the leading voice of the movement to unite all Marathi speaking towns under the state of Maharashtra. When the offer was made to him, he said he would accept it on the condition that VSS be transferred to Nagpur as he lived and worked here. It says a lot about Madkholkar’s influence and popularity that the executive committee agreed to this request.
Once the decision was made, the search for land to house VSS began in Nagpur. Pt Ravi Prasad Shukla, then Chief Minister of CP & Berar, sanctioned the land stretching from Rani Jhansi Square to Panchsheel Square with a 100-year lease on a one-time payment of Rs 1. Apart from the VSS office, it was also decided to build an auditorium. Since the literary body did not have sufficient funds, Nana Jog, a member of the executive body, decided to fund the crowd for the auditorium. He lived in a hut on the ground where the structure had to go up and collected Rs 1 from each visitor. But the funds were still insufficient, so Jog asked Baburao Dhanwatey to donate some money. Dhanwatey donated materials for the construction and a grateful executive body decided to name the auditorium Dhanwatey Rang Mandir.
It was Kusumawati Deshpande, a famous Marathi critic and wife of Vidarbha’s most illustrious poet, AR Deshpande or Kavi Anil, who took over the reins in 1951 from Madkholkar. She is the only female president VSS has had so far. Later, her husband was also elected for two terms.
Construction work on the building was completed in 1958 and VSS started operating from there. It flourished under stalwarts like PD Davle, DB Pandit, Madhukar Ashitkar, Ram Shewalkar and Suresh Dwadeshiwar. Membership grew and popular literary personalities such as Suresh Bhat, Grace, Mahesh Elkunchwar, DB Kulkarni and Asha Sawdekar were associated. He also established a theatrical branch under the name Ranjan Kala Mandir which was nurtured by Purshottam Darvekar.
The presence of Dhanwatey Rang Mandir and Ranjan Kala Mandir’s office in the premises of VSS has attracted many theater people and lovers of theater and literature. One of them was Manohar Mhaisalkar, the current chairman of VSS who was part of Purushottam Darvekar’s troupe. In 1972, he frequently visited the premises of the VSS to rehearse on the first floor. This is also the year when Darvekar decides to leave Nagpur and asks Mahaisalkar to take care of Ranjan Kala Mandir.
“He became president of Marathi Natya Sammelan and asked me to open his chapter in Nagpur,” recalls Mhaisalkar, who turned 90 on August 1. “I then registered 100 members of VSS and Ranjan Kala Mandir as Marathi Natya Sammelan members. that I couldn’t do both jobs, so I handed over to Ramesh Ambhaikar and started to take an active interest in the work of VSS,” he says.
Under Mhaisalkar’s supervision, many plays were staged at Dhanwatey Rang Mandir and the money earned was used for the running of VSS. Once a play by Prabhakar Panshikar was staged here. The sound quality was so bad that the audience started screaming. Panshikar was so disgusted by the state of the auditorium that he said he would never stage a play there. “It hurt me a lot. I used to dream that VSS was housed in a fancy building with a state-of-the-art theater. When Dwadeshiwar became president in 1991, I offered to build a new building,” he says.
There was a lot of opposition to the plan. “But it was planned and I was ready for it. The whole plan was there in my head. I approached people who had an emotional connection to VSS. the design. Shrihari Ane handled the legal affairs and the turnkey construction works were carried out by Ashutosh Shewalkar,” Mhaisalkar informs. VSS did not spend a rupee on its construction.
The construction of the new building became bogged down in court cases and faced opposition even from members of Hindi Mor Bhavan. “It was painful. VSS is not about one particular language. For forty years we have been providing Urdu and Arabic lessons in our premises,” says Mhaisalkar, who is in his third term as president. Otherwise, throughout its 100-year history, VSS has managed to stay away from controversy or a political agenda and has partnered with leaders across the political spectrum.
The new building with its glass facade and capsule elevators was completed in 1993. Of the seven floors, the 4th through 7th are occupied by VSS. An art gallery, a mini theater and an auditorium are spread over these levels. “I am 95% satisfied with the way things went. The new executive body that took office in April has a lot of young blood and I am sure it will take this institution to greater heights,” Mhaisalkar hopes.

Next Make an impressive style statement with your exterior cladding design 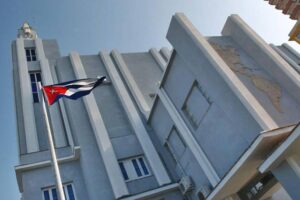 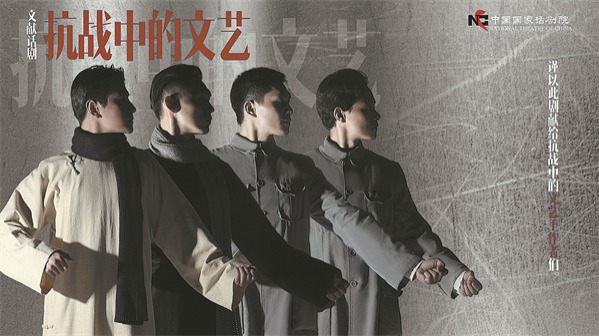 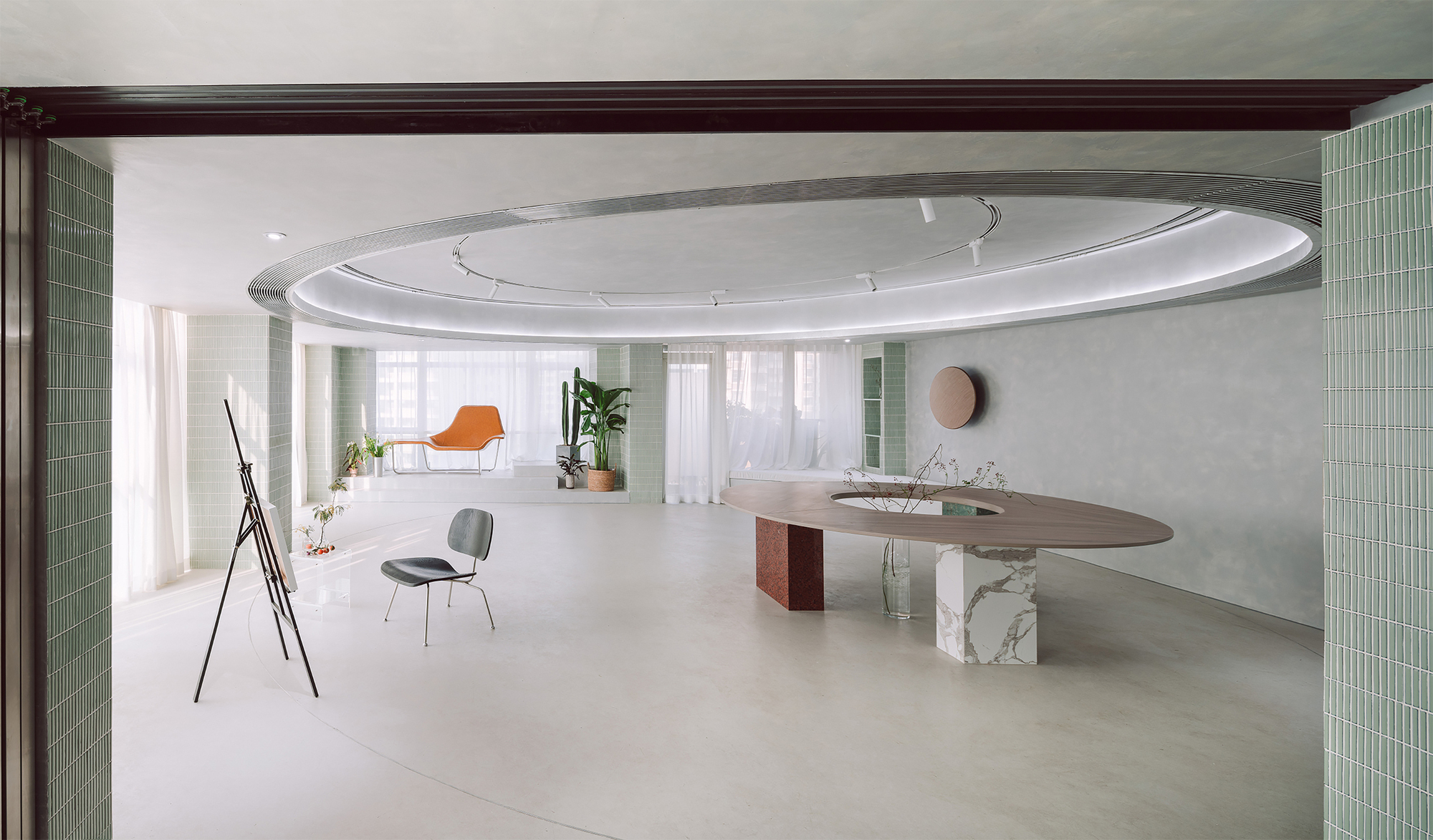 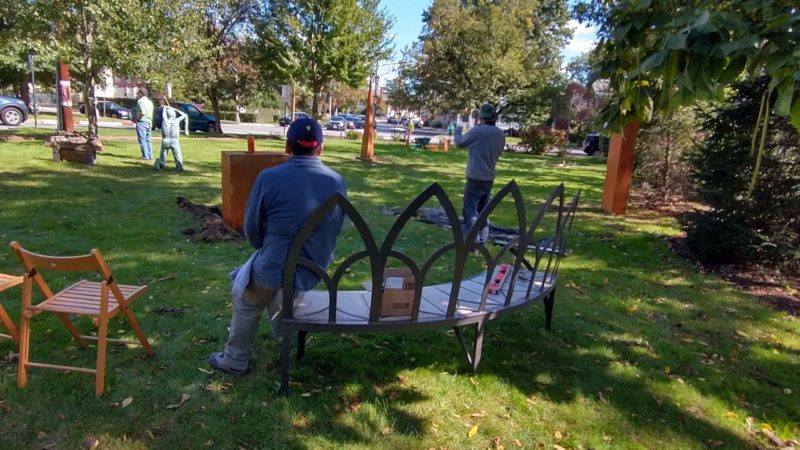 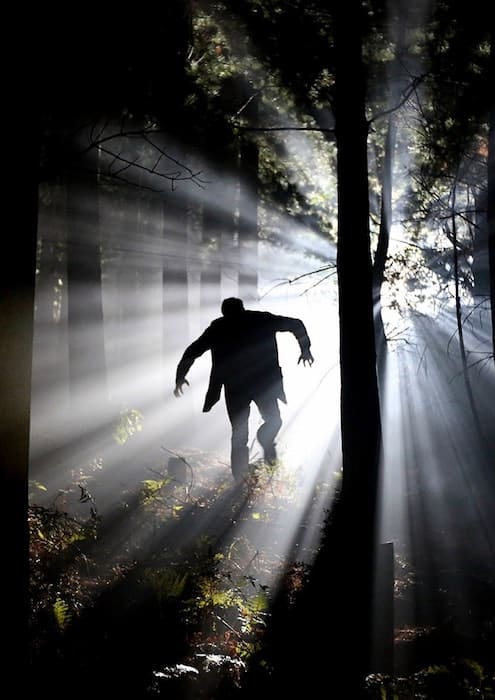 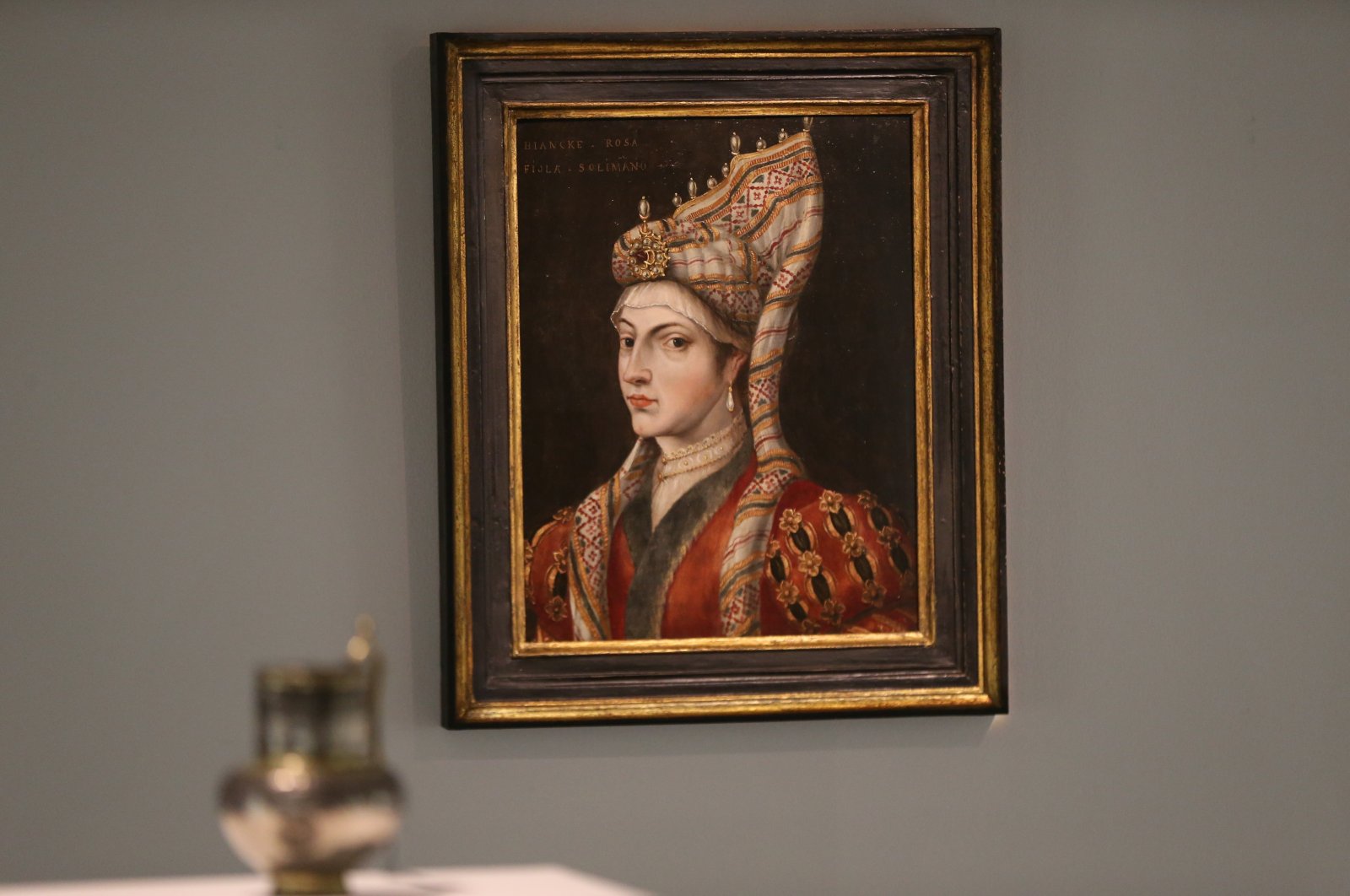 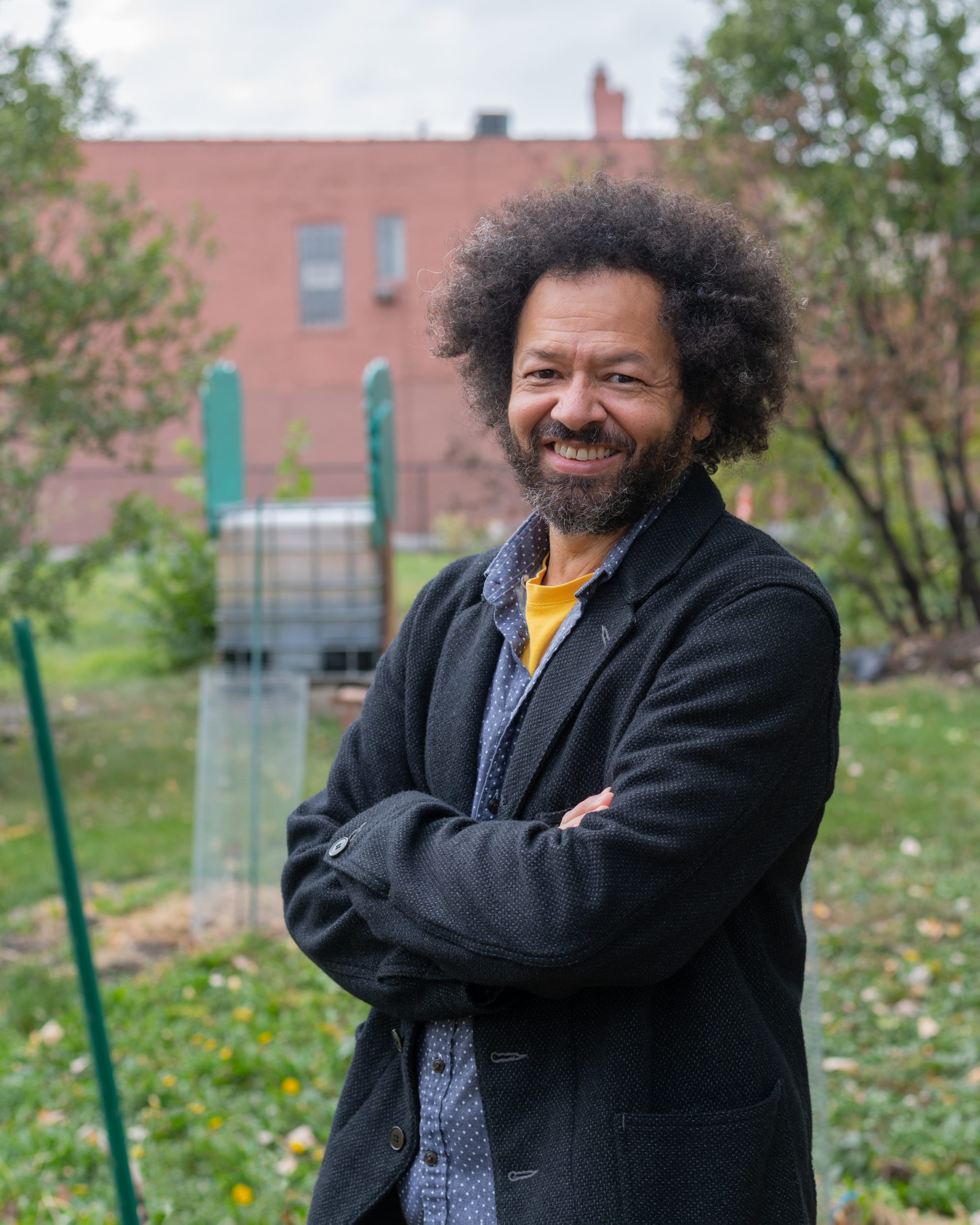 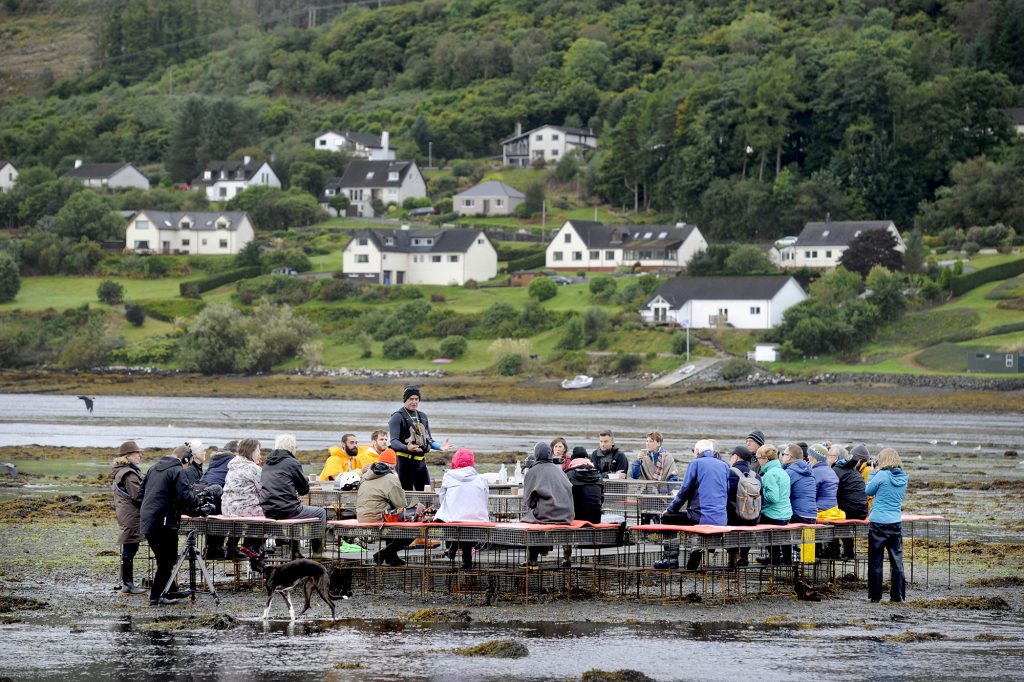