Guest speaker Gregg Deal is a Native American artist known for his pieces inspired by pop culture. Much of his inspiration comes from his interest in comics and punk rock music, which he mixes with his traditional Paiute culture and language.

“We try to express ourselves in a language that people understand, while simultaneously finding out where the hell we are,” Deal said.

Case Exhibit Yadooa Hookwu (I’ll talk now) is currently at the UMKC Gallery of Art. The artwork is a powerful and vibrant image of a Native American wearing traditional clothing. The work showcases elements of American pop culture through color and style, as well as David Bowie’s infamous lightning bolt across the subject’s face.

Another piece of Deal is a 77 foot tall mural in downtown Colorado Springs, CO. The mural depicts a Native American girl with a red handprint on her face, a halo on her head, and a t-shirt. The halo is a gesture towards Renaissance-inspired art as well as a symbol of divinity to counter the stereotype that Indigenous peoples are considered “evil”.

“[My work] reinvented whether the natives win the fight or stay strong, making a strong statement, which is very different from what was often created or produced in the timeline of the 40s, 50s and 60s, ”said Deal.

Guest speaker Kate Morris, professor of art history at the University of Santa Clara, spoke about the power and freedom that art can bring to Native American artists.

“Art not only reflects contemporary politics, but is an exercise of sovereignty for Indigenous artists, a visual manifestation of self-determination,” Morris said.

Lisa Tatonetti, another guest speaker, is an English professor at Kansas State University. She focuses on Indigenous queer literature as well as women in Indigenous literature. Tatonetti paid tribute to many Indigenous artists and novelists, including Jolene Nenibah Yazzie.

Yazzie combats gender stereotypes in her work by portraying Indigenous women as warriors. In her play inspired by the comic strip “Sisters of War”, warrior women wear traditional Diné hats, which are typically masculine in nature.

“’Sisters of War’ is a powerful visual representation, but I want you to know it’s nothing new,” Tatonetti said.

Tatonetti described how Native American writers and artists have long represented minority groups within their communities.

“These artists use gender performance as a tool for self-identification,” Tatonetti said. “They reclaim Indigenous genres and recreate possibilities for Indigenous futures to foster narratives in which non-binary people can survive and thrive.” 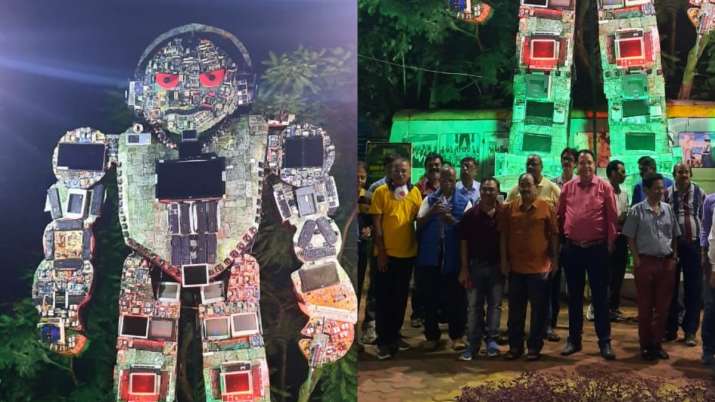