Imagine that. The year is 1994. Maya Burman unscrews a bar mirror with a penknife to create an installation. It was part of her architectural project, which the Paris School of Architecture student completed during a workshop in the UK, so she could be excused. Many other unorthodox methods and a turn towards the path of art later, the frail bespectacled painter with intense eyes left architecture to live and paint in Paris. Maya at 50 is a different person now.

“Now when I think of the projects I did in my youth, I realize that I was very far removed from the kind of artist that I am. I have made peace with the fact that I have always was destined to be a painter,” she smiles sadly. Maya will be part of the upcoming three-party exhibition with her artist parents Sakti Burman and Maite Delteil. Titled “Games of Life,” the show with Art Alive was to be unveiled at Bikaner House in Delhi. during the India Art Fair, but was postponed due to Covid.

Maya’s paintings are distinguished by richness of detail, a passion for colors and shapes with a delicate ethereal feel and strong elements of fantasy. There’s a clever juxtaposition of elements and colors as seen in the ‘Dance of Life’ series – a blue and red ball frozen in mid-air against a golden crowd of sunflowers, a girl’s pink foot hovering in the air. above a crimson fabric that unfolds. The artist’s deliberate control over detail is evident in the careful execution of her art: Maya works slowly and builds space, beginning with pencil sketches on paper, over which she applies an ink wash, then come layered watercolors and outlines and details are finished in black ink using a pen. His work is joyful, a creative architecture of arches, pillars and squares.

Solo exhibitions with art include Rhapsody, 2014; A Dreamer’s Labyrinth, 2010; and Once Upon A Time, 2007. Maya sees work and life as a “meeting place” of two cultures and traditions since her father is Indian and her mother is French. “When I told my father I wanted to be a painter, he was eager to teach me his marbling technique which mixes oil and acrylic paint. But I was drawn to watercolors and ink, that I used when I was an architect. Later, when I wanted to experiment with other mediums, I turned to the more traditional oil on canvas work of my mother”, explains Maya who started with ink on paper as an extension of his architectural drawings.

Her style has been described as reminiscent of the French Art Nouveau tradition, influenced by the medieval European architecture of the country where she lives. The paintings are interwoven with “mythical and folk-inspired” imagery somewhat akin to miniature painting, perhaps influenced by his Indian ancestry. For those who would say that Maya is an “art star” whose two parents are so well known in the art circuit, Maya’s art has its own answer. She received the Sannois Fine Arts Association prize (1998), the Salon d’Automne Paris prize (2000) and the prize for the watercolor painting section of the Salon de Colombes (2001).

How does it work in the era of Covid? “When the virus hit Paris, my family which includes my husband, my son, my daughter and my beloved dog (a King James Cocker Spaniel) moved together to the countryside of south-west France, where we were united with our rabbit and our goat! (Laughs). It was a blessing in disguise because suddenly I had a lot of time for myself and I could paint in my studio for hours without too much interruption”, explains Maya who believes in taking your time to produce your work. . “When we arrived in India last week, we had to quarantine ourselves. When Ganapati (my son) wanted to sneak out to meet his friends, we had to scare him into staying at home. We lied, that he would be arrested,” she laughs.

Maya is certain that she cannot work “on command”. “I say to anyone who tries to tell me how to paint, ‘hey, here’s the paint and the canvas, why don’t you go do your own work’?” she said with her tongue firmly in her cheek. “However, I enjoy exhibiting with my mother in larger spaces and galleries where we are offered the opportunity to ‘own the space’, as our art comes from similar concerns. They fit together well,” says Maya of having held exhibitions with Maite in Mumbai and France. The problem with Maya is that she hasn’t received any formal training as an artist, but has grown into one who watches her people at work. She once told an interviewer, “Because of my parents, I was exposed to so much art that I decided I would never paint. I thought about joining the army, then I went into architecture. Ultimately, persevering as an artist became his calling and his passion. 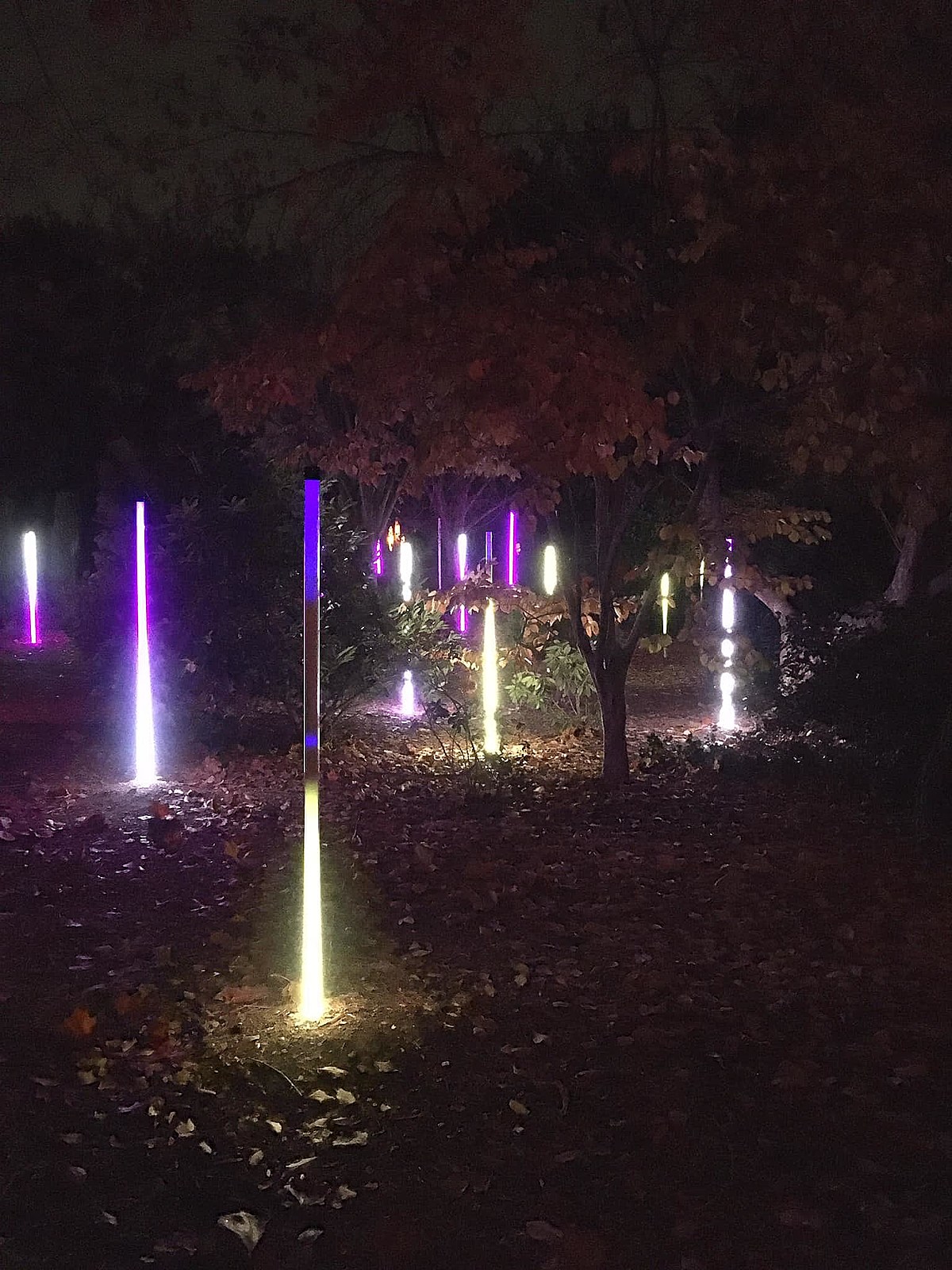