The top 7 painting exhibitions to see in London this summer

When Joseph Altshuler and Julia Sedlock first met, they realized they had one thing in common: they both enjoyed designing buildings (and other things) that vaguely resembled animated creatures – “a architecture subject to zoomorphism and other morphisms”, as they call it.

Altshuler, co-founder of the Chicago-based design practice, Could be architecturefounding editor of the literary magazine of architecture SOILED, and assistant professor of architecture at the University of Illinois at Urbana-Champaign, is known for designing spaces, things, and events with a playful twist. Julia Sedlock, co-founder of Cosmo Design Factory, pushes the boundaries between the probable, the possible and the improbable. In addition to working with clients, she uses design thinking as a tool for community development and activism, and alongside neighbors and local government, she imagines and creates a more equitable and inclusive environment in the rural village of Philmont. , New York. 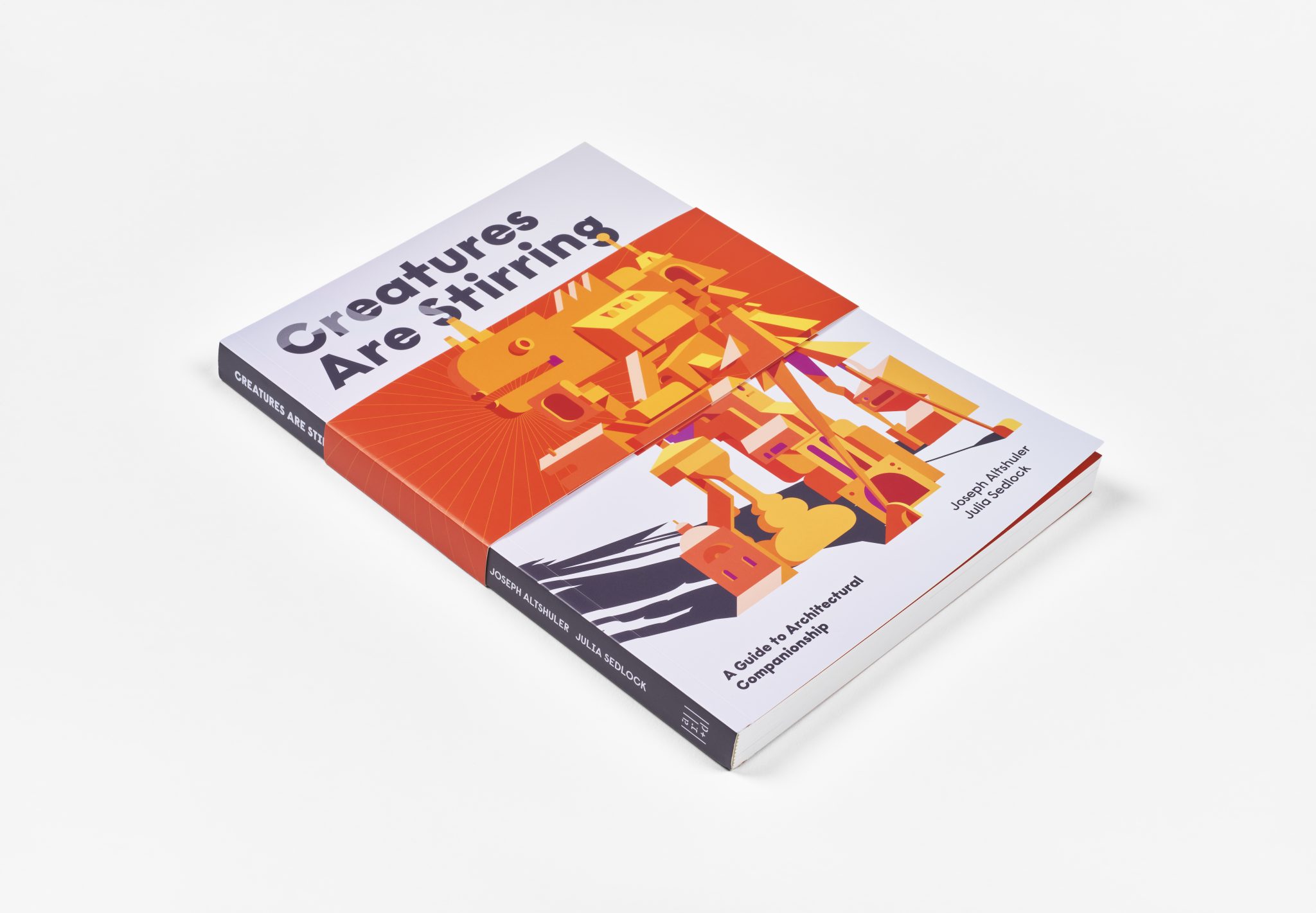 “As the world faces many political, social and environmental crises, we believe that cultural practices like art and architecture play an important role in providing new perspectives on how to think about these issues,” they say about their collaboration. “We decided to dig deeper into the potential of this subject, to question our assumptions and aspirations, and possibly write a book about it!”

The authors speak ofThe Creatures Agitate: A Guide to Architectural Companionship», an optimistic manifesto that rewrites the anthropocentric narratives of Western architecture with new myths for a compassionate and cohabitable future. By embracing the creature qualities of architecture, they reconceptualize buildings as our friends. Between reality and fantasy, the book will make you rethink architecture, the built environment and humanity in general. 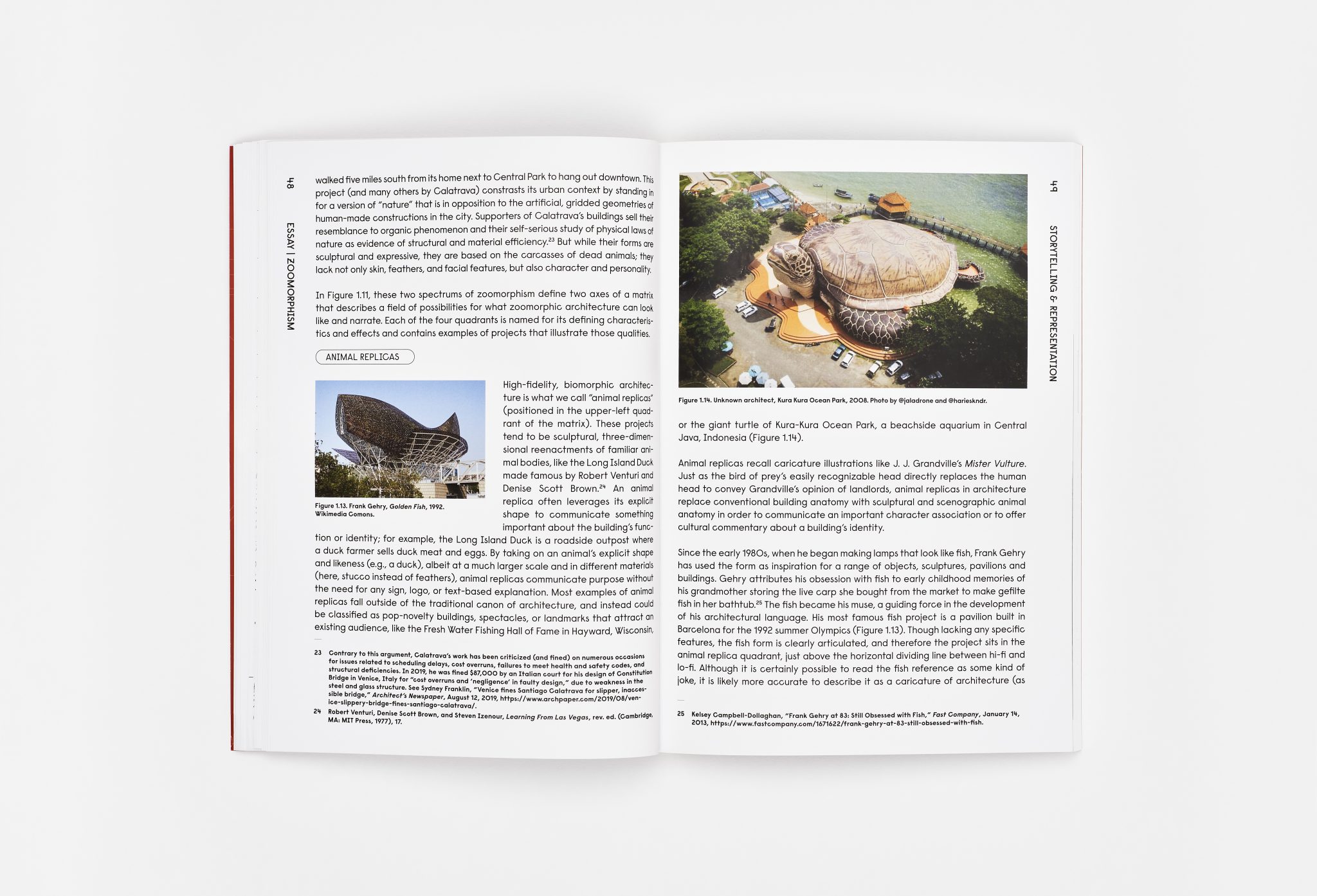 Tell us about “Creatures Are Stirring” and the concept behind it.

As young architectural practitioners fresh out of graduate school, we individually and independently enjoyed creating designs (for buildings and other things) that vaguely resembled animated creatures – architecture prone to zoomorphism and to other morphisms. It was a time (early 2010s) when a cohort of young architects and designers were beginning to revisit the symbolic and graphic games played by some postmodern architecture of the 1980s. We suspect this is a reaction to skepticism of an older generation (many of our teachers) and the outright dismissal of these interests and ideas as purely decorative and frivolous.

When we met and discovered that we were each pursuing work with similar formal qualities, we were inspired to work together to unpack the broader cultural significance of this affinity and hopefully disprove the frivolity hypothesis. Maybe the animal architecture we were doing wasn’t just cute or whimsical or idiosyncratic, but maybe it indicated new forms of agency for architecture, and ways in which its producers and audiences could access different or new versions of our own humanity. by connecting with a wider range of animate beings. As the world faces many political, social and environmental crises, we believe that cultural practices like art and architecture play an important role in providing new perspectives on how to think about these issues. We decided to dig deeper into the potential of this topic, question our assumptions and aspirations, and possibly write a book about it! 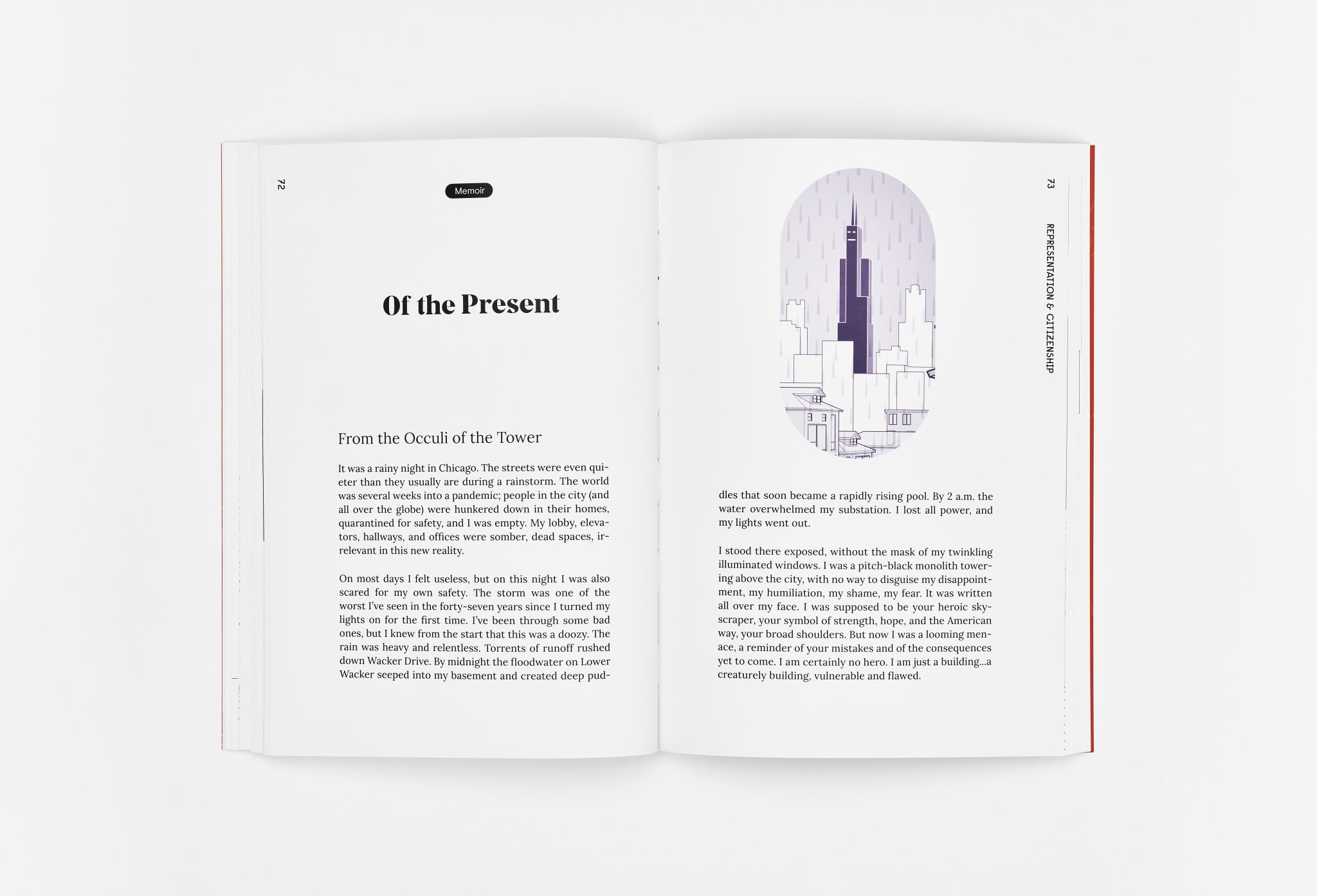 Serving as a “guide to architectural companionship,” the book encourages a rethinking of the relationship between humans (and non-human life forms) and the built environment. Can you talk about using humor as a way to convey a more serious message?

The seriously playful tone of the book is intended to allow designers and a wider audience to reconfigure their relationships with the designed environment, akin to the effortless bond that children develop with stuffed toys and imaginary friends. One thing kids and comedians have in common is the ability to look at the world with a perspective free from preconceived ideas of how things should be and to make disarmingly raw observations that subvert pretense. Humor can make us feel uncomfortable because it forces us to watch things we don’t necessarily want to watch, but when done right it reminds you that we all laugh together at ourselves, not the each other in a mean way. It’s a generous and lighthearted way to be honest with ourselves about the nature of our shared reality. If we can bring this sensitivity to architecture and our built environment, then perhaps we can begin to understand our common flaws and potentials in a way that allows us to construct new, different, and more meaningful collective experiences. hope (even if they make us uncomfortable) . 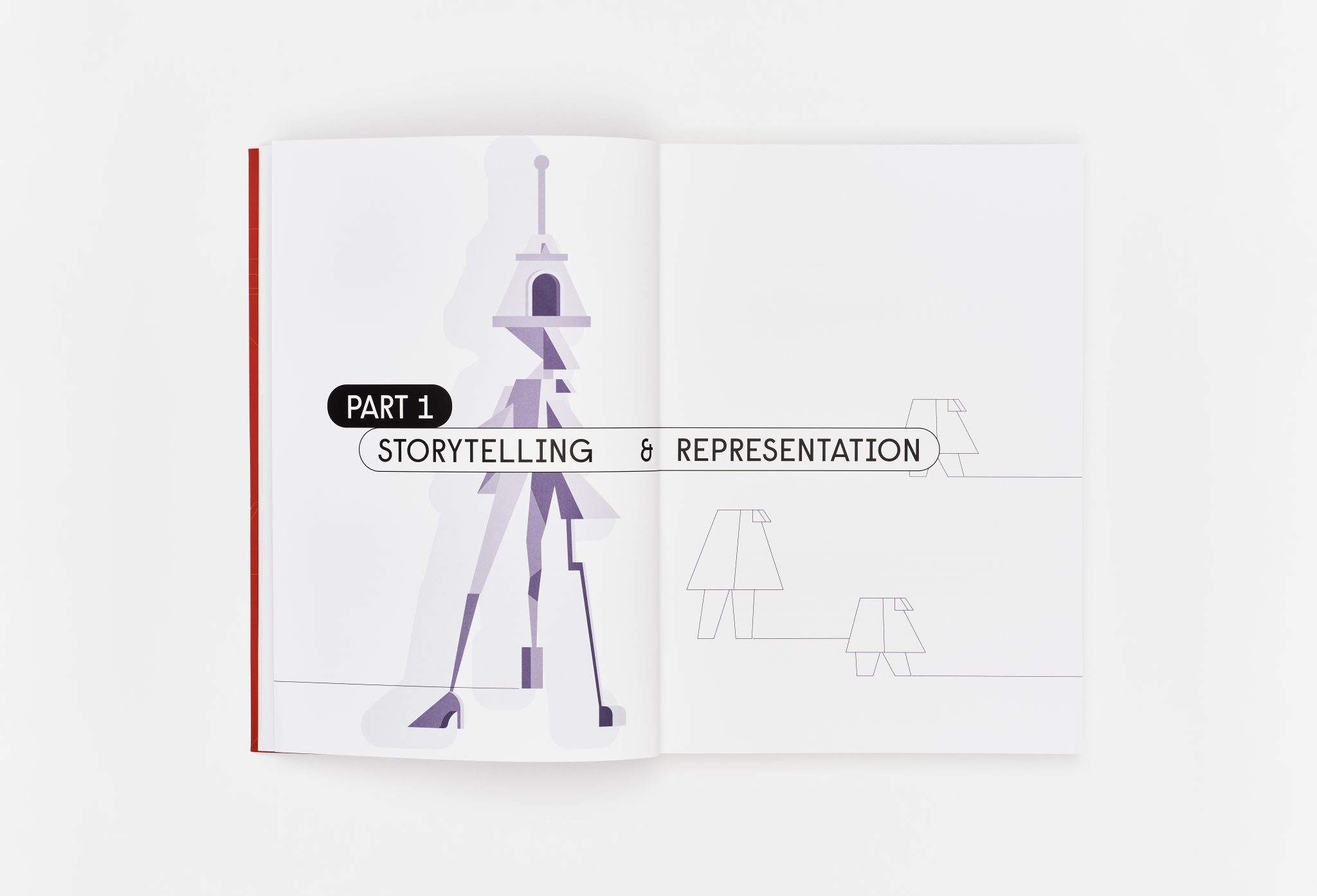 What do you hope the reader will take away from “Creatures Are Stirring?”

We hope that “Creatures Are Stirring” will inspire readers to pay more attention to the relationships they share with the constructed spaces of their daily lives as well as with their imaginary lives. On the one hand, the structures in which we live, work and play within or beside leave a deep imprint on our state of mind, both consciously and unconsciously. We hope that by seeing these structures and spaces as companions, readers will become more aware of how they impact their lives, their mood, their creativity, their other relationships, their ability to play. As a result of this realization, we also hope that readers will begin to ask more of these spaces, to imagine other ways in which their built environments can enhance their lives, or other ways in which architecture can facilitate relationships in their communities or make connections with other creatures anywhere in the world, whether human or non-human. In our most ambitious moments, we hope that people can begin to see how the local influence of architecture they encounter in the most intimate moments of the day can become part of a much wider web of relationships. and camaraderie beyond their immediate surroundings.

Of Greek origin, Vasia Rigou is a seasoned journalist, writer and producer of multimedia content mainly on the subjects of visual arts, culture, architecture and design. She is currently the managing editor of Newcity, Chicago’s leading cultural publication, an editor and editor at the headquarters of the International Interior Design Association (IIDA), and a regular contributor to international architecture and design magazines OnOffice and ICON. She has experience creating content for brands and writing influential conference speeches and TEDx talks. Simply put: she is fascinated by uncovering the big stories behind the people, places and things around us, and sharing those stories with the world. When she’s not writing about art or watching art—wine in hand—she’s making lists for just about everything, drinking huge amounts of coffee, and taking trips across the country. whenever she gets the chance.

Previous At PEN Festival, writers come together to discuss the role of literature 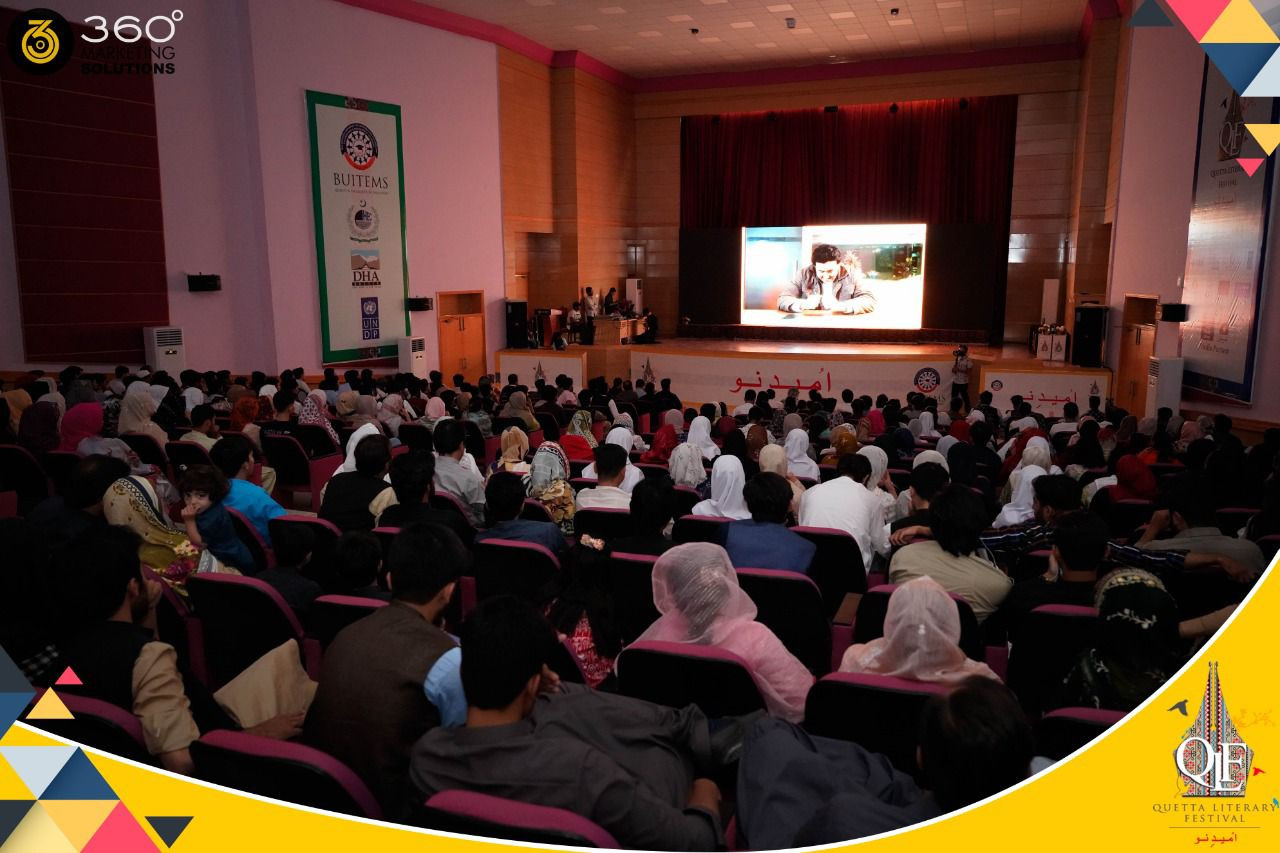 A mix of literature and politics in Quetta 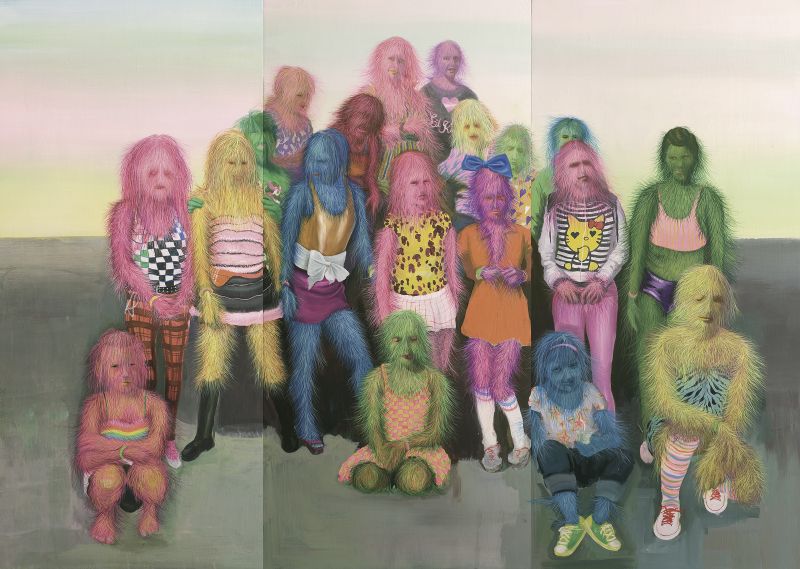 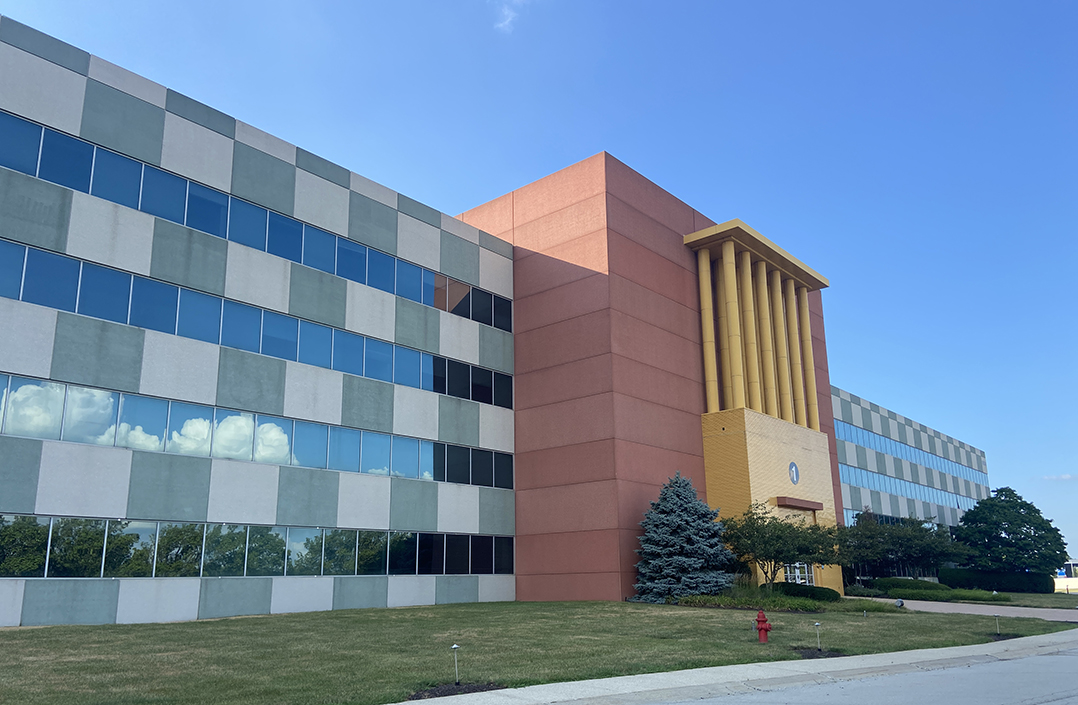 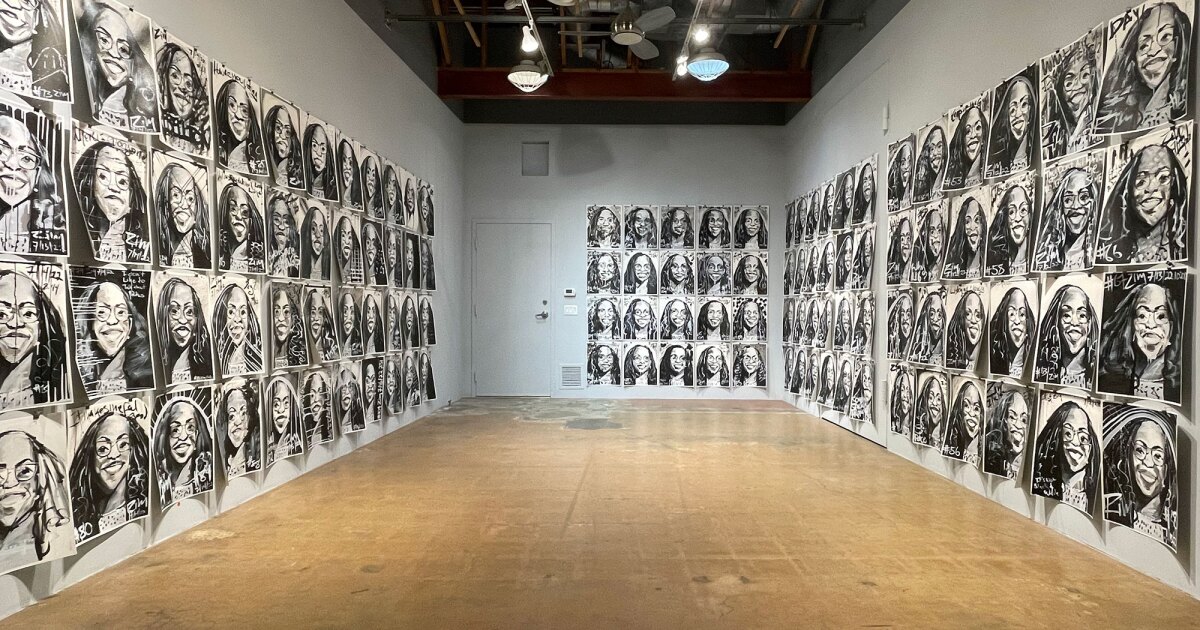 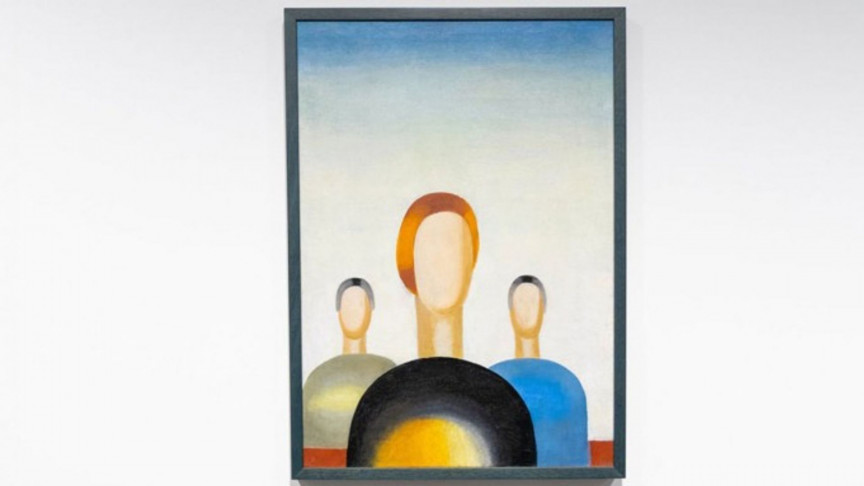